Due to its neutral flavour and versatility, vodka is a popular spirit for many people. But how does your knowledge of this drop really fair?
Put yourself (and your friends) to the test with our fun vodka facts below.

1. The origin of vodka can be contentious, but many sources point to Russia

Whether vodka originated from Poland or Russia, as early as the 8th century, is a topic heavily debated and both Russians and Poles claim they invented it. However, it is confirmed a liquor named vodka was present in Russia during the 14th century.

According to Soviet historians hired to investigate this matter, they found vodka was first produced by monks in Kremlin in the late 15th century.

2. Although it is made from grains, vodka is gluten free

Whilst most vodka uses grains such as corn, rice or wheat the distillation process strips away gluten proteins – making it totally gluten free!

We have used this to our advantage, ensuring every Honeysuckle Distillery drink is gluten free with totally natural flavours; whether it’s our Spritz or Hard Soda range that is more to your liking.

3. Russians love their vodka so much… they even ran out

At 1:10am on May 9, 1945, Nazi Germany officially surrendered to the Soviet Union. They partied so hard that within 22 hours, the entire city of Moscow ran out of vodka!

The name vodka is a diminutive of the Russian word “voda” meaning water – not to be confused with the H2O version!

5. Vodka was originally used for its medicinal purposes

Vodka was once used as a disinfectant and an antiseptic for wounds. It has even been suggested to help prevent heart disease by stimulating free flow of blood in the arteries.

Going back further in its history, vodka was even sold as a cure for infertility and the plague.

6. Run out of aftershave? Just run to the shelf and grab the bottle

A quick search online will open many doors to the world of homemade aftershave, using vodka! You may not want to use straight vodka but combining it with some herbs and essential oils apparently does the trick.

Although Russia and Poland continue the ongoing debate of who first created vodka, New Orleans can stake claim over the first recorded cocktail recipe. Named the ‘Russian Cocktail’ in 1911, it was a straightforward mix of vodka and rowanberry cordial.

Since then, more cocktails that we know today were created including the Moscow Mule and Cosmopolitan. Realising the popularities of these concoctions, vodka companies joined the race in distilling and flavouring this popular spirit.

Putting our own spin on a fun cocktail, Honeysuckle Distillery’s Vodka Tropical Crush Spritz creates the ideal ready to pour cocktail – all you need is a glass and some garnishing! To enhance the natural mango flavours, we love a dash of mango puree or even a slice of lime will go a long way.

When vodka was first distributed from the 8th century all the way to 1885, it was sold in buckets as large as 12.3 litres.

9. The most expensive vodka in the world is a casual 3.75 million USD

Created by Leon Verres, Billionaire Vodka is created from a Russian recipe where it is distilled from pure wheat and crystal-clear water. However, even more unbelievable is the filtration process which includes flowing the water over diamonds.

The bottle itself wears a custom deep black faux fur and is decorated with almost 2,000 diamonds set in gold.

10. Vodka has even been used as a form of currency

As we have already established, Russians love their vodka. So much so, there are multiple reports of how vodka has been used by Russians as a substitute for money.

In the 1990s, during the economic crisis, Russian teachers were paid in bottles of vodka. Referred to as ‘liquid currency’, in 1998 authorities in one Siberian district paid 8,000 schoolteachers with bottles of vodka. 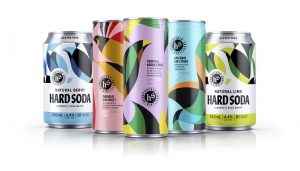 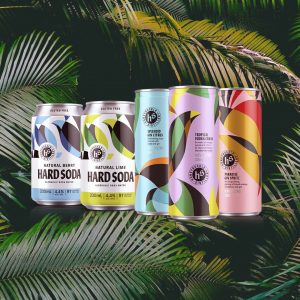 Behind the brand: the flavour creation
Menu