Think you know your gin? If so, test out your knowledge on our gin fun facts below.

1.The origins are debated… but it’s most likely a Dutch drink

Whilst there are differing views on the origins of gin, it’s most likely from Holland, which is why we use the phrase “Dutch courage”!

2. The most gin consumption in the world is found in….

Not in its homeland Holland, but surprisingly in the Philippines! It’s estimated 25 million cases are drunk there each year.

3. Juniper is the predominant flavour for its…

Medicinal properties. It was originally added into malt wine to mask the strong flavour, and add alleged medicinal benefits. Nowadays gin will include many other herbs and flavours in the distillation process to enhance the flavour – such as citrus and nuts. Check out how we twist our gin with blood orange and cinnamon in our Paradise Gin Spritz here.

4. Newspapers in the 1870s went off with one big gin-based prank…

Rumour has it that the ever-popular Tom Collins drink had a strange start in life. Known for its blend of gin, lemon juice, soda water and sugar, New York newspapers started rumours of “sightings” of the real “Tom Collins” in 1870s as a practical joke for readers. The stories took off and were widely published, to a much-confused general public. In any case, the cocktail lives on. Check out our twist on the old favourite – Splendid Gin Citrus – which uses yuzu in lieu of lemon for an exotic fruit for those in the know.

5. No-one knows where the Martini comes from

Popularised in the Bond films, and enjoyed the world-over, Martinis have a very uncertain past. Are they named after a bar in California? Or an old Italian vermouth brand? Maybe a name of a bartender? We will never know.

In legal terms, gin just has to taste “predominantly” like juniper to be qualified as gin – there’s no bearing on where it’s made or the distillation process.

Whatever you are, you’re unlikely to be on the same level as Londoners in the 1730s who were drinking on average 1.3 litres each a week. During this period, 1 in every 3 structures in the city produced or sold gin!

8. Gin has been used to tackle malaria

Quinine has traditionally been used to ward off malaria-carrying mosquitoes, but its bitter flavour meant many mixed the quinine with gin to make it more palatable. These are the origins of the world-famous gin and tonic.

9. The prohibition wasn’t a quiet period for the humble gin…

And many North American fans of the drink simply made the gin in their baths at home. The origins of the Bee’s Knees cocktail are found in this period, with many speakeasies adding honey and lemon to gin to mask the taste of backstreet gin.

10. If you love gin, you’re in exactly the right place

Check out our twists on gin cocktails with the Paradise Gin Spritz and the Splendid Gin Citrus whilst you’re here. 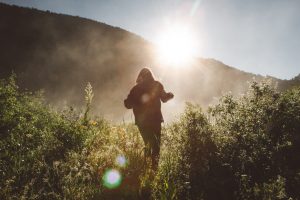 5 things to do to fight the winter blues 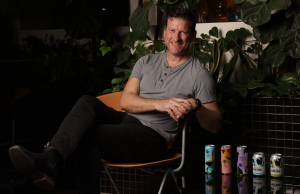 Behind the brand: An interview with Honeysuckle Distillery co-founder Phil
Menu